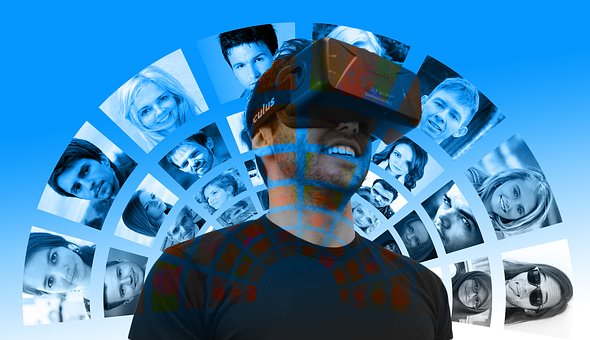 The world through which one is supposed to fly as a bird appears in a cardboard construction with wings and beaks. You hold it in front of your eyes while you pump air with your foot and give it lift. In a kind of rocket launcher, which works with an elastic band, monsters appear which are to be shot down and in a camera, whose lens can be rotated, an underwater world appears.

With Labo VR, Nintendo creates something that actually shouldn’t work at all: Virtual Reality with the Switch. VR as understatement instead of high gloss.

So maybe this is just the right time to completely rethink VR. Nintendo has done this with Labo VR and broken the technology down to the essentials: at the curious look into a foreign world, at providing an illusion, independent of technology and perfection.

Nothing for tech fetishists 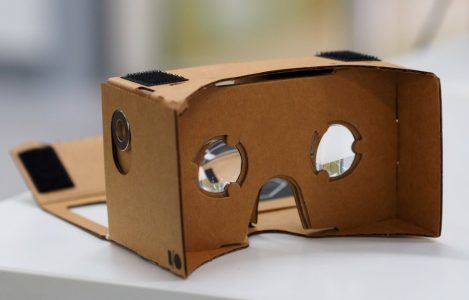 One thing should be clear from the start: Labo VR can’t compete with the Oculus Rift, the HTC Vive or just Playstation VR. The technical possibilities of the switch are too limited to produce a VR image that satisfies purists. So if you’re looking for the highest resolution, if you expect a perfect simulation, you shouldn’t even be using Labo VR. Others can do that better. But if you want to be enchanted, this is the right place for you.

The game starts – as with the first Labo boxes – with the construction of the controller or better said the toy. Objects are folded from pre-punched cardboard, which on the one hand control the game, on the other hand are game objects themselves.

The heart of the set is a cardboard box with a VR lens into which the switch is pushed to create the image. These cardboard glasses are inserted alternately into each of the other objects: into a blaster called shooting something, into a mechanical bird, into a small windmill, into a camera, into a cardboard elephant head, into a foot pedal. You can have several hours of fun just building it up, at least if you don’t have any children who want to build it all up themselves – and then of course play right away.

Nintendo novelty: This is the Labo VR Set

Labo VR manages to appeal to many senses 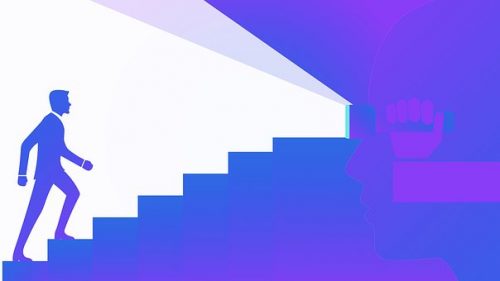 The cardboard toys quickly turn out to be not only fun packaging, but also devices that enhance the gaming experience: the banging of a rubber band on the blaster, the airflow that you fan into your face with your foot pedal, blowing at the windmill. Labo VR manages to appeal to many senses.

Less convincing are the extensions for “Legend of Zelda: Breath of the Wild” and “Super Mario Odyssey” adapted for Labo VR. With “Zelda” you can play the whole game in VR, with “Mario” there are some additional levels. None of this is essential. What’s called VR here has more of a 3D effect. And nobody will get through “Breath of the Wild” while you hold your glasses in front of your eyes and feel the controllers with your fingers.

The effect is nice when you look for a great place in the world of “Zelda“, activate the VR mode and use the whole thing like a small diorama, understand it as a wonderful short look into the world. Then you can let Link jump off a cliff, follow him paragliding and then quickly switch back to normal mode – before you get sick because the picture doesn’t run as smoothly as it should.

“Super Mario Odyssey has added a couple of levels where Mario is gathering musicians and instruments for his orchestra. But even here, the VR mode looks grafted, it’s more of a technical test than a real game.

But the Labo VR set doesn’t make these two excursions any worse. It’s an exciting toy with which children – and adults too – can make their first steps into the VR world. It appeals to the senses and is also fun to craft beyond the screen.